HNUST Holds the Opening Ceremony of the Qi Baishi Gallery On the morning of 25th October, Hunan University of Science and Technology (HNUST) held the opening ceremony of the Qi Baishi Gallery. Tang Yayang, Secretary of the Party Committee of HNUST, Zhu Chuanqu, President of HNUST and Liao Xiangyue, Xie Hui, the Vice Presidents, Zhou Zhihua, Director of Communications of HNUST, Wang Dongchang, the well-accomplished student of Qi Liangchi the fourth son of Qi Baishi, and Du Yueyi, the sponsor of the gallery, attended the ceremony. The people in charge of the administrations at provincial and municipal level, representatives of the descendants of Qi Baishi, and teachers and students also witnessed the ceremony. 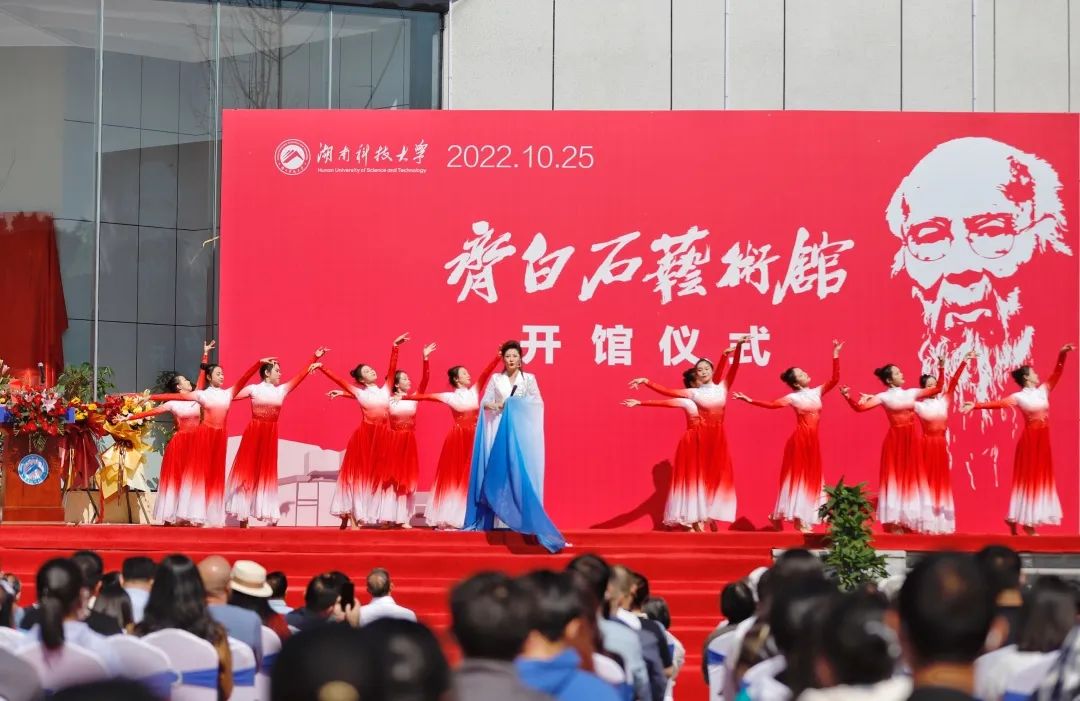 Covering an area of 2,400 square meters, the Qi Baishi Gallery is located at the west of the Teaching Building 10, and in front of the gallery lays the themed sculpture plaza with an area of around 15,000 square meters. Currently, the central axis before the gallery is still under construction and will be eventually completed after the dancing fountain, stage and the 6-meter-high Qi Baishi sculpture being perched. Besides, parking lot, pedestrian walkways and fire-fighting facilities will be gradually equipped in the near future. 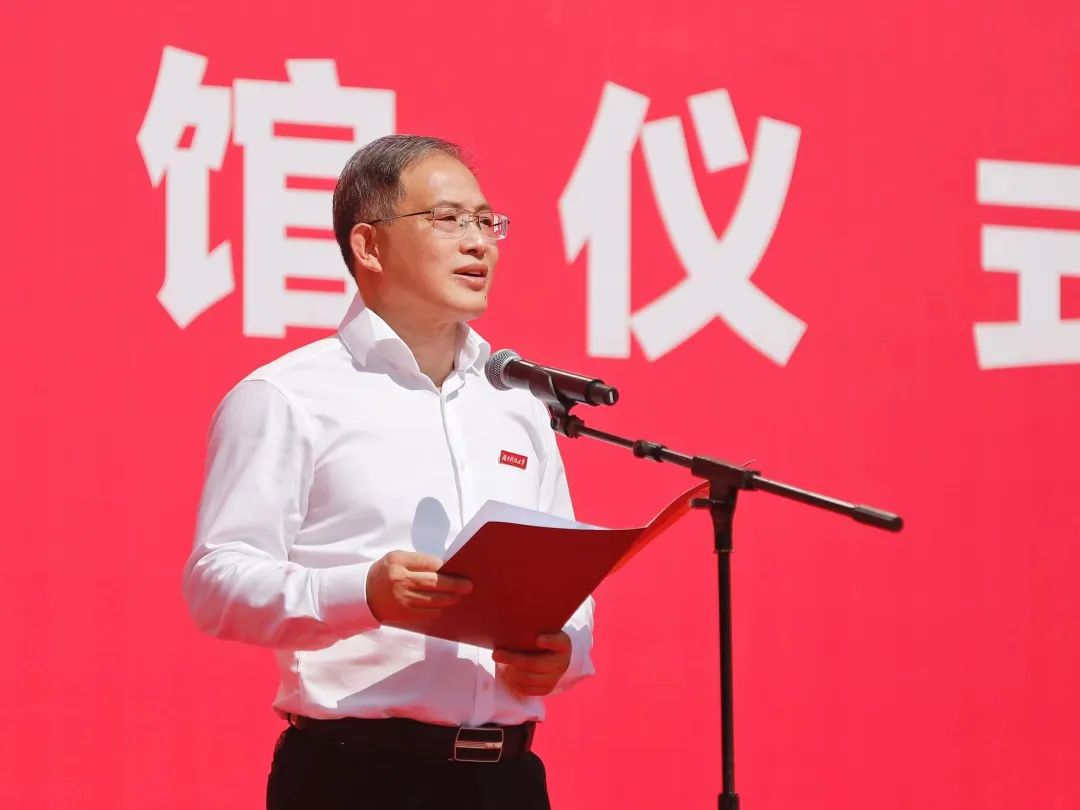 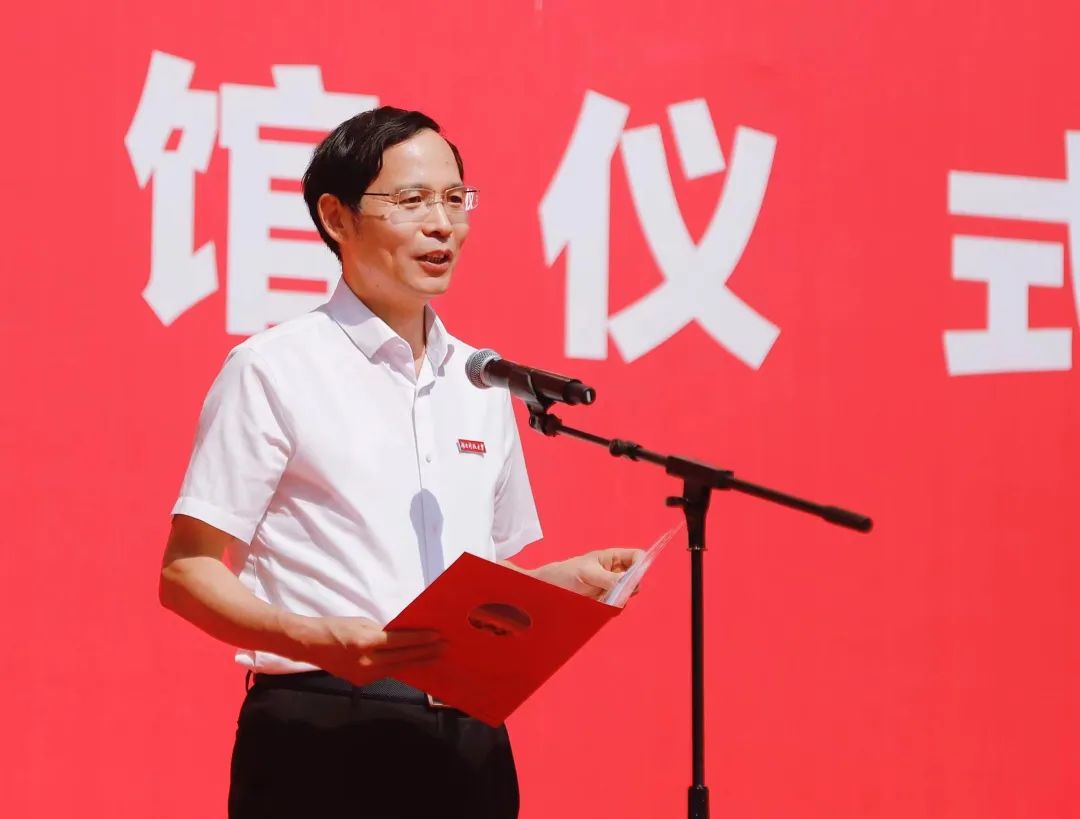 The two-floor gallery shows the ingenuity of the designer in every single detail of the inner space. In a bid to better present the artworks, the exhibition hall on the first floor is laid out with perfect north-south symmetry to bring natural light into the room, while the hall on the second floor is in its unique form of helix, making a strong contrast of light to highlight the art effect of the works. As for the plaque of the gallery, it was inscribed by Qi Youlai and Qi Zhanyi, the descendants of Qi Baishi. And they both sent a letter of congratulations, proposing that the road of inheritance of the art spirit of Qi Baishi now could be paved with the inauguration of the gallery and Qi Baishi School of Art of HNUST in the city of Xiangtan. 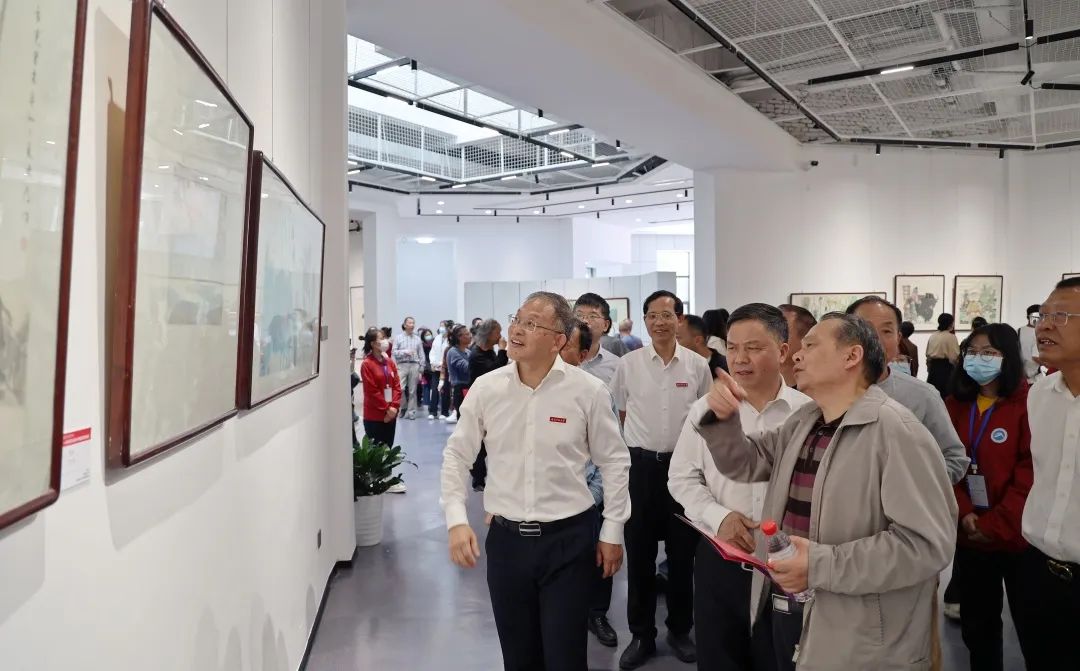 In his opening address, Tang affirmed the significance of the gallery, pointing out that in accordance with the everlasting development with innovation of the art learning and aesthetic and all-round education as well, the gallery would be shaped as a brand-new base for talent cultivation, so as to pass down Qi Baishi’s art spirit to the future generations. Moreover, aiming at making the art works no longer the high art away from the ordinary, the gallery is open to the public. Most importantly, taking this as an opportunity, HNUST is going to propel the activities of cultural exchange and build itself a university featuring a rich accumulation of culture and art.

Themed with “Autumn Moon and Spring Breeze”, Du Yueyi’s private painting and calligraphy collections made their debut. 120 pieces in total, the art works were spread and spangled into four showrooms.

“It is my great honour to take part in the construction and have part of my collections donated”, said Du, alumnus of the class of 1988.

As a Xiangtan-born artist, Qi Baishi and his great works are truly the treasure and seam of art commonly owned by the world. And as one of the universities in Xiangtan, HNUST considers the inheritance of the “Qi Baishi” culture as its duty, sparing no effort to rejuvenate the very culture on campus.

It was reported that being thrust upon a serious responsibility of integrating functions of collecting and preserving the cultural artefacts, teaching and scientific research and art education at the threshold of its life, the gallery formed itself a complex of education, science and culture and will be open to the public as an indispensable place for the spreading of art and culture.