Symposium Celebrating the Centenary of the CPC Held in HNUST 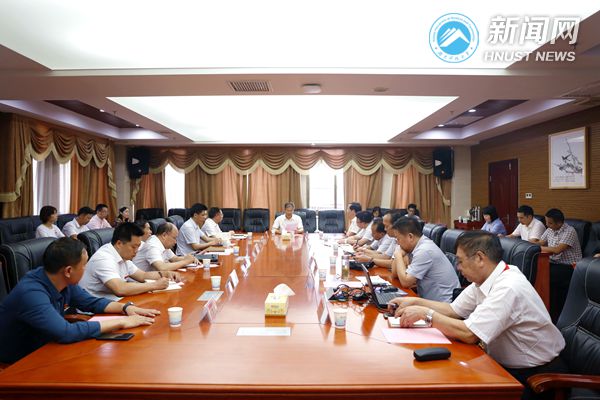 According to Tang Yayang, we were deeply stimulated and inspired after watching the 100th anniversary celebration of the founding of the CPC. Xi Jinping, General Secretary of the CPC central committee pointed out: The nation is composed of people, and people are all that to the nation. As we have been establishing and consolidating our leadership over the country, we have in fact been fighting to earn and keep the people’s support. The Party has in the people its root, its lifeblood and its source of strength. Over the past 100 years, our Party has been seeking happiness for the Chinese people and rejuvenation for the Chinese nation. It has opened up a road which obtains the people’s support, complies with their will and benefits them to put the original aspiration and mission into effect. As a member of the Communist Party, we must, in the practice of conforming to the people’s expectation and improving people’s well-being, root in the people from beginning to end, keep close ties with the people and pursuit the realm of “selfless shall I be for no failure of public expectations”. As an educator, we shoulder the responsibility to educate and cultivate young people. We should keep in mind the fundamental task of fostering virtue through education, guide young people to love the motherland and the people, continuously strengthen the Four-Sphere Confidence (namely confidence in the path, theory, system and culture of socialism with Chinese characteristics), make youth to become more proud, confident and assured in their identity as Chinese people so that they can live up to the promise of their youth and the expectations of our times. 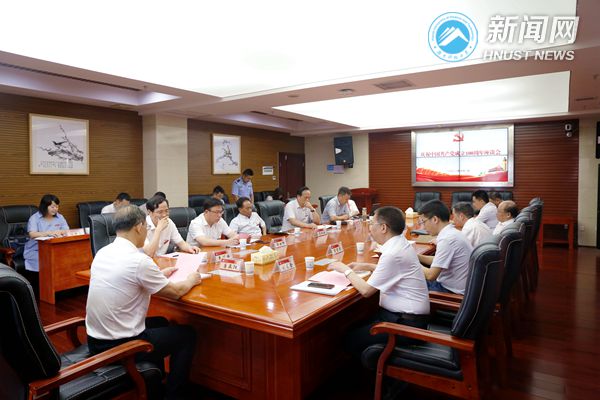 Tang Yayang emphasized that the magnificent history of the Party is worthy of our eternal learning and remembering and that our university’s grand and promising development needs all teachers and students’ immersion and devotion. The Party’s history should be taken as our lifelong persistence, practice and task. We are supposed to take strength from the Party’s history, remain true to the original aspiration and keep in mind the mission, vigorously implement the “353” Strategy with stamina, daring spirit and enthusiasm, construct a high-level comprehensive university with distinct characteristics which is domestically first-class while internationally influential and make joint efforts to compose a new chapter for HNUST to bring about a great rejuvenation of the Chinese nation and build a great modern socialist country.

The spectacle at Tian’anmen Square made all HNUSTers extremely moved and excited.

In the spirit of the 100th anniversary celebration of the founding of the CPC and the spirit of General Secretary Xi Jinping’s major speech, the representatives present at the symposium shared their own understanding and experience based on their posts practically.